Rumors about the iPhone 8 are making their rounds in full swing, and a render of the iPhone 8 suggests that it’d have an edge less design? We all know how monotonous the design for Apple iPhones has become and with the iPhone 8 we are just hoping that we see something new. Looks like our prayers have been answered, and, keeping the monotony of the iPhone’s in mind, Apple will bring ins a change of design with the iPhone 8.

At the same time, there is no denying that Apple has still managed to always give to its users just the best. It has brought significant changes over the years, and only with the advancements has Apple managed to remain the number 1 Smartphone brand.

The render of the iPhone 8 that has been seen, is indeed class apart from all the other models from the Apple as far as the iPhone’s are concerned. The design has eliminated round edges and it rather has a square look, a dual camera and a glass back.

There are also rumors about the iPhone having no home button, but the render design sure is not in favor of those rumors. To add on to that, the other rumors about the upcoming device next year also includes the likes of wireless charging, Iris scanner, an OLED screen, and a dual SIM.

The rumors about the iPhone 8 continue to come in, and, we on the other hand just hope that most of them do come true. For if what we visualize the phone to be like based upon the rumors, it’d sure be something we’ve never seen and definitely never used.

So it is now time to wait up for the iPhone 7, and, meanwhile, after the phone is released, it’d rather be a right time to speak of the iPhone 7. 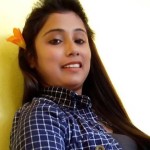