In the 1990s it seemed as if there is nothing that could ever get in the way of a credit card. In comparison to cheque and even cash payment, credit cards were so superior that it seemed quite improbable that more sophisticated method is ever going to be invented. Once again, history proved us all wrong and today online payment methods are becoming ever more prominent. Sure, some still doubt that these alternative payment methods could actually replace credit cards, and at the eye of the storm is none other than the notion of digital wallets. With this in mind, here are some reasons why digital wallets might open a new chapter in the financial history of the world.

The Most Practical Way

What makes digital wallet so great is its incredible practicality. Namely, carrying all that cash around is quite inconvenient and there is always the risk of it getting stolen. Then there is also the issue of change, which can be quite annoying. While it is true that credit cards solve most of these problems, doing transactions over your phone is yet again the easiest way to do so. Just think about it this way – no matter what you are doing, you’re going to have your phone by your side. That, in turn, means that your payment method of choice is quite literally always in your pocket. This also means a lot seeing how vast majority of millennials dislike carrying actual wallets.

Now, we mentioned how it is more practical to have just your phone, rather than your phone and your credit card around. However, it is not just a credit card we are talking about – in your digital wallet you can easily use online gift cards of various values. Sure, for those nostalgic about the “good old days” there is always an option of installing some digital smartcards, which shows no shortages when compared to their real life counterparts. In fact, they come with some extra features.

On the Shoulders of Giants

When asked about his great accomplishments, Sir Isaac Newton said that he was only able to do it all because he stood on the shoulders of giants such as Galileo. Pretty much the same principle can be applied on the notion of digital wallets since although Google pioneered in this field, it was Apple that set the industry standards that are today. This however, is no surprise, seeing how Apple is known to popularize trends that other companies come up with. This practice is more or less their trademark. In the end, it all comes down to personal preference and today there are numerous digital wallet for everyone to choose from.

Problems With the NFC

Now, one of the greatest troubles Google had when they first developed their digital wallet was the issue with the NFC (near-field communication). Even though it is supposed to be the tool which will greatly help mobile payment introducing it globally was not that easy task. Namely, most modern mobile devices come equipped with this technology, but in order for it to become widely used, every single shopkeeper would have to get familiar with it. Not only that, but they would have to equip their stores with terminals which could support the NFC. Luckily, Samsung stepped up here and started looking for a way to completely bypass this issue once and for all. The answer might be in the magnetic loop technology.

The best thing for the users, but not necessarily the best thing for developers, is that the competition in this field is becoming tougher by the hour. Because of this, some of the world’s greatest brands (apart from Google, Apple and Samsung) are quickly joining the in this race for ultimate digital payment method. All of this, makes digital wallet service better and better.

Even though digital wallets are bound to play a great role in future transactions, it is important to admit that we are still not there. As we already mentioned, there are so many difficulties that need to be overcome like the troubles with the NFC, but some of the greatest minds of today are working on a solution as we speak. However, even with all the considerable effort that they make, it might take a while until digital wallets can completely take over the market. Until then, however, we have a bumpy ride ahead of us. 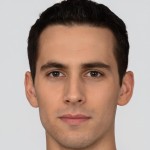 Episode 13: How To Travel On A Budget?